Hydrangea macrophylla, also called bigleaf or French hydrangea, typically has either pink or blue flowers, although a few cultivars have white flowers. Flower color is determined indirectly by the soil pH, which affects the availability of aluminum in the soil. In acid soils, the flowers will be blue, but in alkaline soils, the flowers will be pink. Aluminum is available to the plant in acid soils. Research has determined that the actual mechanism of color variation is due to the presence or absence of aluminum compounds in the flowers.

For blue flowers, maintain a soil pH between 5 and 5.5. Apply aluminum sulfate or sulfur to reduce the pH to this range when you see new growth emerging in April. For application rates refer to the tables in fact sheet HGIC 1650, Changing the pH of Your Soil. Information on soil testing is available in fact sheet HGIC 1652, Soil Testing.

For pink flowers, maintain a soil pH of 6 or more by liming your soil. For more information on selecting a liming material and time of application, refer to fact sheet HGIC 1650, Changing the pH of Your Soil. Hydrangeas are deciduous shrubs that grow from 4-to 12-feet in height depending on the variety.

The growth rate is quite fast.

Bigleaf hydrangeas are effective as single plants, massed or in containers on paved terraces.

Hydrangeas are easy to grow in well-drained soil, which should contain plenty of organic matter or humus. Bigleaf hydrangea prefers morning sun and afternoon shade. Avoid planting it in hot, dry, exposed sites. Most people buy hydrangeas when they are blooming, but spring or fall is the best time to set them out. For planting, dig a large hole approximately two feet across and one foot deep. Bigleaf hydrangea responds to several light applications of fertilizer during the growing season. A general-purpose fertilizer, such as 10-10-10 applied at a rate of 2 cups per 100 square feet in March, May, and July is suggested. It is not necessary to remove the mulch when fertilizing, but water soon after application to help dissolve the fertilizer and send it into the soil.

Hydrangeas have such big leaves that they can suffer if set out during hot weather. They need plenty of water, so plan to water thoroughly once per week or more frequently.

Bigleaf hydrangea should be pruned after flowering so they can develop “old wood” to form flower buds and to support blossoms the following summer. Avoid pruning after August 1.

One of the easiest ways to propagate bigleaf hydrangea is by layering. This is done by digging a trench near the plant and bending a section of limb down into the trench. Use a knife to remove a small ring of outer bark about an inch wide all the way around the limb. Then, cover the limb with soil, leaving 6 to 12 inches of the tip growth uncovered. Old established hydrangeas may also be divided in the early spring by using a shovel to divide the clump.

The most common reason for hydrangeas failing to bloom is winter injury. Other reasons may be too much shade, poor fertility, and too much nitrogen.

Hydrangeas are susceptible to Cercospora leaf spot, anthracnose, and powdery mildew. For cultural control of all three of these fungal leaf diseases, remove and dispose of fallen leaves. Use drip irrigation or soaker hoses to water hydrangeas. If sprinklers are used, always water early in the morning to encourage rapid leaf drying. Table 1. Fungicide Products for Hydrangea Disease Control in the Landscape. The cultivars of Hydrangea macrophylla are divided into two groups: Climbing Hydrangea (Hydrangea anomala): This is a deciduous vine, which climbs high by clinging aerial rootlets. Leaves are roundish, 2 to 4 inches long. The white flower clusters are 6 to 10 inches wide in lacecap effect. Old plants have a peeling, cinnamon-colored bark. Smooth or Snowhill Hydrangea (Hydrangea arborescens): This is a 5-foot-tall deciduous shrub with oval, grayish green, 4- to 8- inch leaves. Flowers are dull white and bloom late June through September.

‘Grandiflora’ has 6-inch clusters on a similarly sized plant.

Peegee Hydrangea (Hydrangea paniculata): This is a 10- to 15-foot shrub or up to 25-foot tree. Leaves are 5 inches long and turn bronze in fall. Flowers are mainly fertile, in 10- to 15-inch clusters, white slowly fading to pink in fall. Peegee hydrangeas are tolerant of city conditions and grow well in seaside gardens. ‘Tardiva ‘ flowers later, in August and September. ‘Praecox’ grows 10 to 15 feet tall and flowers in June. Hydrangea serrata is a small (to 5 feet tall) deciduous shrub similar to H. macrophylla but smaller, with smaller leaves and smaller flowers. ‘Blue Billow’ is only 3 feet tall.

Pesticides are updated annually. Last updates were done on 10/19 by Joey Williamson. 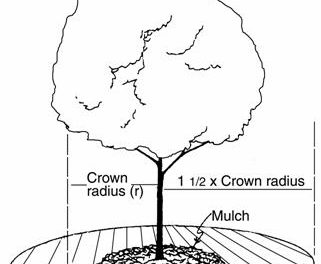 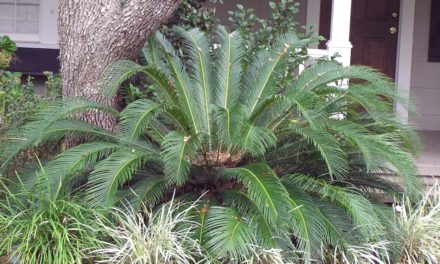