Bradford Pear and Elaeagnus to be Banned from Sale in South Carolina: What Do I Need To Know?

The recent news that all Pyrus calleryana cultivars – the most common of which is the Bradford pear – and several Elaeagnus species have been added to the “do not sell” list in South Carolina has generated a lot of buzz and a lot of questions from homeowners. We’ll try to answer some of those questions in this blog post.

Q: Do I have to cut down my Bradford pear tree or remove my Elaeagnus shrub that’s growing on my property?

Q: Does Clemson provide any tree removal services for my Bradford pear?

A: No, Clemson does not provide tree removal or invasive species removal services. We recommend contacting a local, licensed arborist, tree care company, or invasive species management company. Clemson does run an annual program where residents can obtain a free, native replacement tree in exchange for cutting down their Bradford pear tree. For more details, see the Clemson Bradford Pear Bounty program.

A: When considering a change of this significance, it is essential to ensure that the general public, other stakeholders (such as state forestry agencies, departments of natural resources, etc.), the green industry, and the state legislators are all allowed to provide feedback on any proposed change. After accepting comments from these stakeholders, it was determined that immediately banning sales would result in numerous nurseries unknowingly breaking a ban that didn’t exist days earlier. Further, it is common practice that new bans such as this be phased in over time to allow implementation of a compliance assistance and education program for the industry, landowners, and others. Additionally, plant breeders use Bradford pear rootstock and will need time to test and utilize viable alternatives. The new ban will force them to do that, but it can take years for this process to happen on its own. The state of Ohio implemented a 5-year grace period for similar reasons. South Carolina’s 3-year period is actually quite aggressive considering what other states have done in the past.

Q: Does this ban only affect the Bradford pear cultivar of Pyrus calleryana?

A: No – all P. calleryana cultivars are included in this regulatory activity, and all cultivars (e.g., Bradford, Cleveland Select, etc.) must stop being sold in South Carolina on October 1, 2024. For a complete list of cultivars, see The Culley Lab: Callery Pear Cultivars.

Q: There are a lot of other invasive plants out there – why aren’t they on the list, and will they be added?

A: We know there are a lot of candidates deserving of regulatory activity, and we’re actively working on that issue. For now, this regulatory action includes P. calleryana, Elaeagnus umbelatta, E. angustifolia, and E. pungens.

Q: These plants have been in my yard for years and haven’t moved – why are they being called invasive?

A: The Bradford Pear itself is not considered invasive because it can’t pollinate and reproduce seed on its own. However, Bradfords and many other pear cultivars are grafted onto the roots of Callery pear (which is the same species, P. calleryana, but a different individual). These root systems can grow into trees that have thorns and, if allowed to grow and flower, the ability to successfully pollinate Bradford pear trees and produce viable seed that can be spread by birds and deer into other areas (Figure 1). This is where invasive activity is reported, and it all begins with a Bradford or other similar flowering pear. 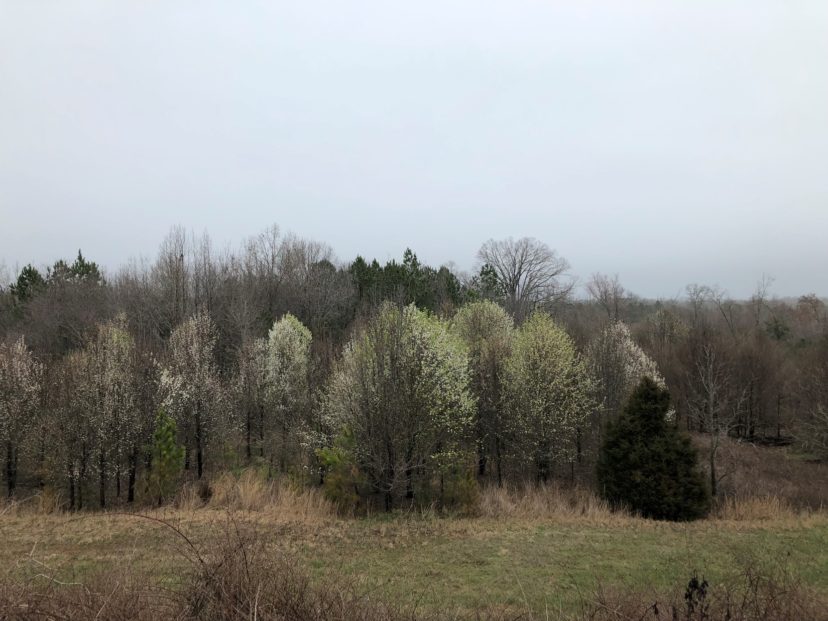 Elaeagnus spp. – The seeds of Elaeagnus can be spread by birds and other animals to forested areas where, if left unchecked, they can take over forest ecosystems and displace native plants (Figure 2). If you have any additional questions, please contact Clemson’s Department of Plant Industry by calling 864-646-2140 or emailing plantindustry@clemson.edu.