Have you ever looked in your pond and seen what could only be described as an alien egg? Bryozoans certainly look like something from out of this world and are often mistaken for many common pond inhabitants; salamander, fish, or frog eggs, or even algae and moss. So, what are they? Bryozoans are sessile filter-feeding animals, despite their resemblance to some algae. Their name, bryozoan, translates from Latin as “moss animal”. There are over 4,000 species found worldwide, with about 50 species living solely in freshwater. Physical description: Each species of bryozoan can have a different appearance, but perhaps the one that stands out the most is Pectinatella magnifica. Their large gelatinous colonies are eye catching and intriguing. What we see in the water is the colony made up of hundreds to thousands of microscopic animals, called zooids. In P. magnifica, the zooids grow in a unique rosette pattern on a substrate they create themselves; each rosette contains several zooids. They form a firm and slimy base which attaches to anything stationary below the surface of the water. The colony can range in color from clear to green to a brown-red and resemble a brain, usually around 2 – 4 inches in diameter, with some colonies growing to 2 feet or more2.

Geographic range: The native range of P. magnifica is east of the Mississippi River, as far north as Ontario, and as far south as Florida. Its range has expanded westward into Texas and the Pacific Northwest, possibly due to effects from climate change and movement of ships.1, 3 It has been found in Japan and Korea, likely as a result of waterfowl migrations.3 P. magnifica seems to prefer nutrient rich (eutrophic) waters with low turbidity3, although some studies have shown that it prefers lower nutrient waters.1.

Reproduction: P. magnifica exhibits several methods of reproduction which contribute to its tendency to be a potential nuisance species in outflow pipes, water filters, and fishing nets. They produce larvae through sexual reproduction during early spring. These larvae then develop and can reproduce during the same year. Bryozoans also produce statoblasts, groups of cells encased in a hard casing that allows them to survive winter conditions and colonize the pond again the next spring. Some scientists equate these bundles of cells to seeds.2 The statoblasts of P. magnifica are among the more fragile of byrozoans and have a limited tolerance for extreme cold weather and drought. Every species of bryozoan can reproduce via budding3, a type of asexual reproduction that produces a small clone of the parent zooid. Lifespan: Growth is temperature dependent and usually begins around June in South Carolina. They exhibit rapid growth with warm weather and are sensitive to drops in the water temperature1, 3. Colonies typically begin to disintegrate in early September, as the season begins to change1. When a colony disintegrates, the statoblasts are released and moved to a new location by water currents or on another organism, or they remain in the sediment until the following spring.3

Feeding: The diet of P. magnifica consists of bacteria, algae, and protozoa. They use tentacles lined with microscopic hairs located at the end of its body to catch food particles and draw them towards its mouth. The body cavity is “U” shaped with the tentacles circling the mouth; waste is expelled just below their mouth.

If you have bryozoans in your pond, it is an indicator that you have a healthy ecosystem. Bryozoan feeding habits mean they filter the water as they feed, like oysters in saltwater, helping to consume algae and remove suspended sediments.

Due to the flow of water and available food items around the colony, other small animals tend to congregate around the masses. Snails, insect larvae and crustaceans will pick off what the bryozoans miss while eating, sometimes inadvertently eating pieces of the colony as well. This concentration of small aquatic animals around the bryozoans will attract larger predators, like bass. These larger fish are not considered a source of predation on bryozoans and typically only consume them when no other food source is available.

Though they have an overwhelmingly positive impact on the ecology of a pond, if they grow in the wrong place, like a fountain intake, they can be a nuisance to humans. During a particularly “good year” they can form a bloom, and like algae, too much can be a bad thing. In the case of bryozoans, during a large bloom they can clog inflow and outflow pipes and water filters. There is also some research to show they can harbor a parasite (Tetracapsuloides bryosalmonae) that can impact salmonids, especially Rainbow Trout2. They are not a threat to fisheries in South Carolina.

Because of their positive impact on ponds in South Carolina, the removal of Bryozoans is not necessary. If their growth during a bloom is impacting water flow though pipes, they can be removed by scraping the colonies away from where they are anchored, though regrowth can occur if not completely removed. All the colonies will disintegrate in the fall when the weather begins to cool and should be completely gone by the wintertime. Be rest assured, bryozoans in your pond are a good sign for water quality and the health of the ecosystem! 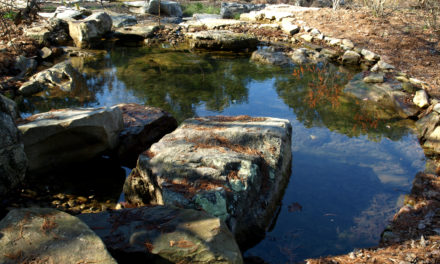 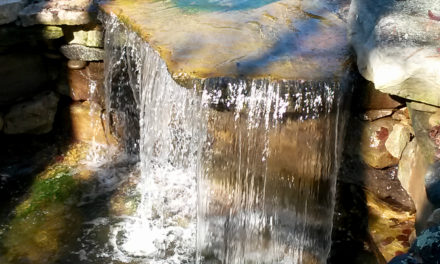