Ahh, wow the fragrance of the ginger lily. It’s too bad you can’t smell it there. I’ll just linger here while I inhale deeply. The ginger lily is a perennial and it’s just beginning to bloom. You see this one right here has just started. This is going to be blooming from now right on into late, late fall. But early in the morning and late in the afternoon, when the dew is around, the air is just redolent with that gardenia fragrance. Now these are marginally tender and I say that because they spread by rhizomes.

If we look down at the bottom you’ll see how they’re spreading by rhizomes and over the past three winters I would say we’ve really not had a harsh winter with freezes sufficient to kill some of these rhizomes. But if we had a really harsh winter, many of these would be killed, but there’d always be some of those that are down under the mulch that’d be protected and you’d still have plenty to share with your neighbors. And this is one thing that I really think we ought to grow more of and as a cut flower they’re wonderful. You could take one stem and put in a heavy bud vase and your whole house would be fragranced. I think they might come into use in weddings, scattered about the church, so the entire place would have this wonderful fragrance. 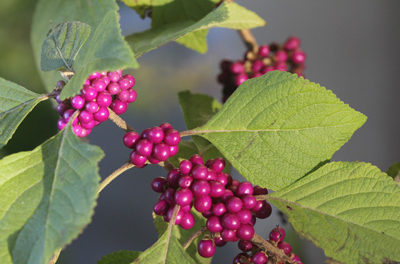 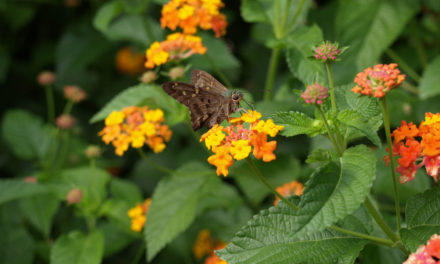