Grilling: Grilling is cooking food over direct heat. Its intensity is similar to broiling, so tender meats and poultry are best for grilling. A grill is a utensil made of parallel bars on which food is cooked over charcoal, wood or special rocks heated by gas or electricity.

Smoking: Smoking is cooking food indirectly in the presence of a fire. It can be done in a covered grill if a pan of water is placed beneath the meat on the grill; or meats can be smoked in a “smoker,” which is an outdoor cooker especially designed for smoking foods. Smoking is done much more slowly than grilling, so less-tender meats benefit from this method, and a natural smoke flavoring permeates the meat. The temperature in the smoker should be maintained at 250 to 300 °F for safety. Some recipes state to marinate meat and poultry for several hours or days, either to tenderize or add flavor. Acid in the marinade breaks down connective tissue in meats. This is especially beneficial in lean meats, such as “Select” grade, which do not have a lot of fat marbling to enhance tenderness.

Always marinate food in the refrigerator, not on the counter. If some of the marinade is to be used for basting during cooking or as a sauce on the cooked food, reserve a portion of the marinade. Do not put raw meat and poultry in it. If you want to reuse the marinade from raw meat or poultry on cooked food, you must first bring it to a rolling boil for at least one minute to kill harmful bacteria.

Some people like to cook food partially in the microwave oven or on the stove to reduce grilling time. Some like to partially grill meats to give it that smoky flavor, and then refrigerate or freeze the food to complete the cooking at a later date. Holding partially cooked food is not recommended because any bacteria present would not have been destroyed. If you choose to pre-cook meat or poultry, do so immediately before grilling. Once food is on the grill, cook until it reaches a safe temperature as determined with a food thermometer.

Grilling Away From Home

When carrying food to a picnic site, keep it cold to minimize bacterial growth. If take-out foods such as fried chicken or barbecued beef will be reheated on the grill, and the food will not be eaten within four hours of pickup, buy them ahead of time and chill thoroughly.

Use an insulated cooler with sufficient ice or ice packs to keep the food below 40 °F or colder. Pack food right from the refrigerator into the cooler immediately before leaving home. Pack beverages in one cooler and perishables in another cooler. In the car, keep the cooler in the air-conditioned passenger compartment; at your picnic, in the shade or shelter. Avoid opening the cooler’s lid, which lets cold air out and warm air in.

When you are ready to cook the raw meat, remove from the cooler only the amount that will fit on the grill.

Handling: Pack clean, soapy sponges, cloths and wet towelettes for cleaning surfaces and hands. Be sure there are plenty of clean utensils and platters for separately handling the raw foods and the cooked foods. Never use the same platter and utensils for raw and cooked meat and poultry. Any bacteria present in raw meat or juices can contaminate the safely cooked meat.

Cooking Equipment: For grilling and smoking, buy good-quality charcoal, briquettes or aromatic wood chips. Set the grill or smoker in a well-lit, well-ventilated area away from trees, shrubbery and buildings. Only use approved fire starter, never gasoline or paint thinner, for example. Cook foods in grills made of materials approved for contact with meat and poultry. Do not grill or smoke foods in makeshift containers such as galvanized steel cans or other materials not intended for cooking. Chemical residue contamination can result.

Building a Fire: Keep children and pets away from the fire. Have a squirt bottle of water nearby to control flare-ups. Do not wear baggy clothes. Use flame-resistant mitts, hot pads and cooking utensils with long handles. Follow the manufacturer’s directions for igniting charcoal or preheating a gas or electric outdoor cooker.

Let charcoal get red-hot with gray ash, about 10 to 20 minutes depending upon the quantity. Spread out the charcoal under the grilling surface or bank it around the drip pan for smoking. Replenish charcoal if necessary for grilling. Add about 15 briquettes every hour to maintain temperatures between 250 and 300 °F in a smoker. For hickory-smoked flavor, add a half-cup water-soaked wood chips or flakes during the last 30 minutes of smoking.

Use long-handled tongs when placing or turning meat on the grill to avoid the loss of juices that keep meat moist and tender. Piercing meat with a fork or knife can also affect food safety. Bacteria are normally found only on the external surface, so roasts and steaks cooked to an internal temperature of 145 °F will be safe because the outside will reach a temperature high enough to kill the surface bacteria. However, if a steak is poked or stabbed, these bacteria can be pushed inside, and then the meat must be cooked to 155 °F, the same as hamburger. Wash tongs that have been used on raw meat, or use a separate set of tongs for removing cooked meat, poultry and seafood from the grill.

Cooking Times: Cooking time depends on many factors. Use a thermometer to be sure foods reach proper temperatures to destroy any bacteria present. Cook beef, lamb, pork and veal steaks, roasts and chops to 145 °F for medium-rare with a 4 minute rest before carving or eating, or 160 °F for medium. For both safety and quality, allow meat to rest for 4 minutes before carving or eating. Cook ground meats, injected meats or mechanically tenderized meats to 155 °F. Cook all poultry to at least 165 °F. These temperatures ensure that foodborne bacteria have been destroyed, but if preferred, meats may be cooked more well-done. Refer to the table on the next page for approximate grilling times.

When using a sauce, apply during the last 15 to 30 minutes of grilling to prevent excess browning or burning.

Smoking can take up to eight hours to complete, depending on the meat’s size and the outdoor air temperature. Use high quality charcoal to build a hot fire. Pile about 50 briquettes in the center, and when they are covered with grey ash, push them into two piles. Center a pan of water between the two piles.

Center the food on the grill over the water pan; close the lid and keep the grill vents open. Add about 10 briquettes every hour to maintain the temperature in the smoker between 250 and 300 °F for safety. Wood chips such as mesquite are used for additional flavor. Using dry chips at the start creates a fast smoke; wet them later for sustained heat. Check food with a food thermometer to be sure it is safe to eat.

After cooking meat and poultry on the grill, whether at home or on a picnic, keep it hot until served. Outdoors, keep the cooked meats hot by setting them to the side of the grill rack, not directly over the coals where they would eventually overcook. At home, cooked meat can be kept hot in an oven set at 200 °F, in a chafing dish or slow cooker or on a warming tray. Whichever method is used, the cooked food must be at 135 °F or warmer to keep it safe.

Serving: When taking food off the grill, do not put the cooked items on the same platter that held the raw meat. Any bacteria present in the raw meat juices could contaminate the safely cooked meat or other grilled foods. Do not keep foods that have been sitting out off the grill for more than four hours. In hot weather it is best to refrigerate perishable foods within two hours.

Leftovers: At home, store leftovers in the refrigerator or freezer within four hours of taking food off the grill. Leftovers that have been off the grill for less than four hours (two hours in temperatures above 90 °F) can be safely transported home in a cooler, if there is plenty of ice in it. Discard any food left out more than four hours. 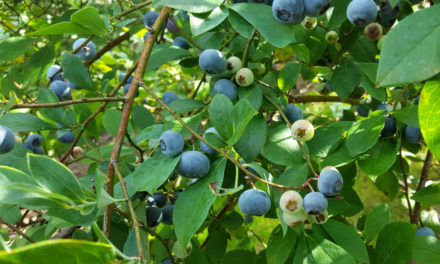 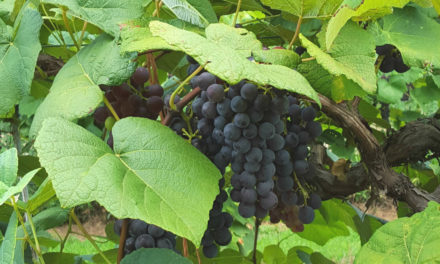 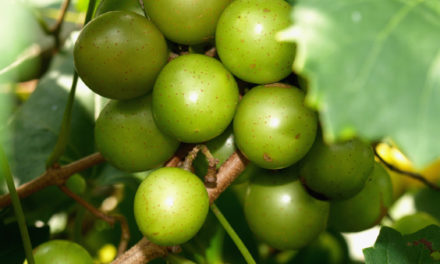