The Food Safety of Sprouts

Sprouts are the immature growth that is produced from a germinated seed.  Depending on the seed type, the sprout is generally harvested 1 to 8 days after germination. At harvest the sprout will have a stem (1 to 3 inches in length) and two small leaves.  The varieties of sprouts that are most commonly consumed are alfalfa, mung bean, red clover, radish, broccoli and wheat grass.  Sprouts are most commonly consumed raw or lightly cooked as they provide a crisp texture to sandwiches, salads and stir-fries.  Unfortunately, the environment that the sprout needs for growth, combined with the fact that they are generally eaten raw or only lightly cooked, has caused many foodborne illness outbreaks.

Between 1996 and 2010, there were 34 reported foodborne illness outbreaks related to the consumption of sprouts.  These outbreaks resulted in 2,150 cases of illness, 123 hospitalizations and one death.  In the past 5 years (2011 to 2016), the Centers for Disease Control and Prevention have reported 9 foodborne illness outbreaks that resulted from the consumption of sprouts.  Due to the high number of outbreaks, sprouts have been labeled as a “high risk” food.  This means that people with compromised immune systems, such as children, elderly, pregnant women and those who are sick or taking medications that impair the immune system, should avoid eating sprouts.

What Causes Sprouts to be “High Risk”?

Sprout seeds can often be the starting point of a foodborne illness outbreak.  This is because the seeds can potentially become contaminated during production while growing in the field.  In the field, contamination can come from irrigation water, animal manure, wild animals or unsanitary practices or dirty hands of field workers.  Upon harvest, seeds can be introduced to contamination from transportation containers and vehicles, equipment, rodents, pests and workers. In 2011, the Food Safety Modernization Act (FSMA) was signed into law.  This act is a complete overhaul to the United States’ food safety system shifting the focus from responding to foodborne illness outbreaks to prevention. Several components to this law are intended to prevent foodborne illness in manufactured foods and produce; however, one aspect of the law specifically addresses the production of sprouts.  Those who are producing sprouts for sale must comply with the regulations stated in the FSMA produce safety rule as well as four additional requirements that are specific to growing sprouts.  These requirements are: (1) taking steps to prevent microorganisms on seeds; (2) testing irrigation water drained from growing sprouts; (3) testing of the sprout production areas (growing, harvesting, packing and holding) for Listeria monocytogenes; and (4) if any test results in a positive reading then corrective actions must be put into place so that contaminated sprouts are not released for sale.  Additional educational trainings are also being given to sprout producers to teach them the new regulations and how to grow sprouts safely.

Growing sprouts at home does not make them any safer than those purchased from the grocery store. Care should be taken when they are grown at home to reduce the likelihood of the sprouts causing a foodborne illness. Seeds should be purchased from a commercial source, where the seeds are produced for sprouting only and pre-tested for the presence of illness causing microorganisms. Ensure that all containers and contact surfaces that touch the seeds and sprouts are kept clean. Place growing sprouts in an area of your home where they are not disturbed and are not located close to food production areas where raw foods can splash onto the sprouts.  Keep pets away from the seeds and sprouts. Always wash hands properly when handling the seeds or sprouts, and ensure that the water used to irrigate the sprouts is fresh drinkable water and held in a clean container.

Whether you have purchased sprouts from the store, or grown them at home, you can reduce the chance of developing a foodborne illness from sprouts by following these guidelines: 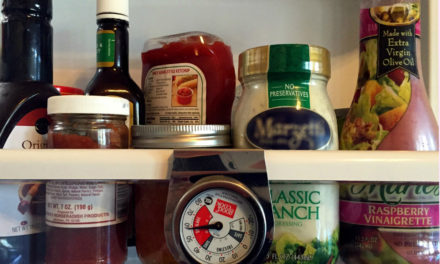